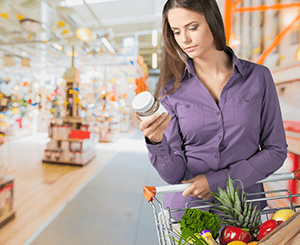 By Grace Garwood | In a recent LinkedIn option poll, The Food Institute asked members to vote for their biggest current concerns regarding the plant-based category.

The poll results indicate the industry segment still has a few issues to address.

Below, we take a deeper dive into the poll’s results, based on 208 total votes.

The higher price tag for plant-based products was the leading concern expressed by poll respondents.

As senior Bloomberg Intelligence analyst Jennifer Bartashus recently noted, one of the biggest drivers for widespread adoption will be the narrowing of the price gap between plant-based and conventional products.

“They don’t necessarily all have to be equal in price, but the gap does need to come down to make plant-based a more affordable option for more people,” Bartashus told The Food Institute. “A democratization of access to plant-based will be a key driver of growth.”

Once plant-based meat reaches price parity with the animal-derived variety, a study from Kearney suggests that its market share will grow exponentially. According to an analysis from agricultural economist Jayson Lusk, every 1% drop in price for plant-based patties leads to a 3% increase in market share.

Dissatisfaction with the taste of plant-based products, including flavor and texture, ranked second for poll respondents.

“If a product doesn’t taste good or isn’t easy to use, people just won’t buy it,” said Bartashus. “The better it tastes, the greater the repurchase rate and the faster growth accelerates.”

A 2022 study conducted by Kerry showed that, while fresh and processed animal-based meats are the top two items of concern for at-home consumption, plant-based dairy and plant-based meat alternatives ranked third and fourth respectively — outpacing unease about traditional foods such as frozen chicken, fresh milk, and snack dips

As Food Safety Magazine reports, one explanation for these results is that consumers don’t fully understand plant-based meats and dairy. In the shift to plant-based, the study suggests that a combination of education and consumer-friendly labeling can help ease the concerns of consumers.

While more variety was the lowest ranking concern for pollsters, product expansion and innovation continue to be key drivers across the plant-based industry.

For instance, most movement in the plant-based meat space has come from burgers, crumbles, and more recently, chicken and pork alternatives. However, per IRI data, August 2022 unit sales in emerging categories including ingredient cuts (13.3%), lunch meat (3.8%) and strip/cutlet substitutes (6.1%) reflect year over year growth.

Alternative seafood investments are also on the rise.

Furthermore, many startups are starting to offer faux niche meats, such as lamb, turkey, and rabbit. Black Sheep Foods, one of the first companies to offer plant-based lamb, closed a $5.2 million funding round in January. Read at The Food Institute