Stamford Advocate: How safe is the food at Greenwich restaurants? 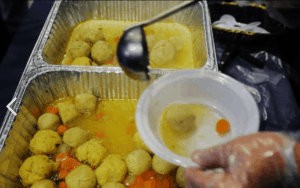 By Robert Marchant | GREENWICH — Fourteen percent of Greenwich restaurants failed inspections in the latest round of examinations by the town Health Department in late 2015.

Improperly stored or handled food, faulty or nonexistent handwashing stations, flies, mildew and broken equipment were among the many reasons eateries were penalized by inspectors.

The Health Department gives a failing citation in one of two ways. On a 100-point scale, a score below 80 is a failure. Also, certain infractions pertaining to food temperature and handling are categorized as 4-point violations, and any single offense in those categories results in a failing mark. Restaurants that are cited for failures require immediate corrections, and some are required to go through a re-inspection.

In addition to restaurants, inspectors scrutinize the food operations at markets, health care facilities, clubs and schools. While Greenwich school cafeterias did well, one 4-point violation was revealed at the International School at Dundee.

The results were as varied as the types of food available across Greenwich.

A Riverside branch of the Chipotle chain, which has been under scrutiny for e-coli and salmonella outbreaks, received two 4-point violations, including for a hot-food holding area not being at the proper temperature.

“We generally have a very good track record with health departments around the country. Any time we have a health inspection that uncovers issues in one of our restaurants, we move quickly to be sure those issues are addressed,” said spokesman Chris Arnold.

Le Fat Poodle, a trendy bistro in Old Greenwich, was hit with an 80 score, including two 4-point violations. A later re-inspection brought the score to 93. 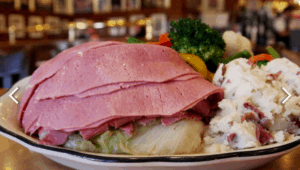 Co-owner Anshu Vidyarthi said the restaurant makes every effort to meet all regulations, and the recent inspection was an anomaly.

“We immediately try to correct them, that’s our first order of business. We’ve got consistently high marks in the past,” Vidyarthi said. “They were corrected immediately and they weren’t necessarily health issues.”

One 4-point violation concerned the use of ice to keep food cold at one food station. The health inspector said extra refrigeration equipment was necessary. Vidyarthi noted there appeared to be miscommunication over a previous approval.

“When we were first opening, when they did an inspection and gave us our permits, they were OK with that, using ice for a station, cooling on ice. They gave us prior approval,” he said.

Another 4-point violation concerned a handwashing station that wasn’t readily accessible. “It was between shifts. The night shift hadn’t been restocked yet. They did come between shifts; it was a matter of timing,” Vidyarthi said. “Sometimes it falls through the cracks when people aren’t paying attention to little details. “I’m 100 percent on top of every one of the health department inspections. Any little violation we might get we address immediately; it gets taken care of right away.”

When the re-inspection took place, a worker was seen eating food on the prep line. “We have since corrected that by having training sessions,” the restaurateur said.

Other restaurants with low scores included the Valbella, El Charrito and Villa Nuova.

At Villa Nuova, in Cos Cob, manager Orlando Fernandes said, “We’ve gotten 90 and 95s before. We took care if it right away. Things happen.” The restaurant received a 76-point score, including 4-point marks for food in a hand sink and food at the steam table below temperature, but the violations were corrected.

Messages left in the form of telephone calls and emails were not returned by the other restaurants. 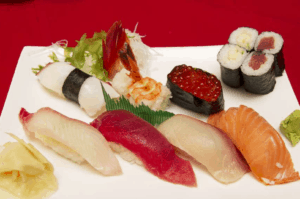 At Greenwich public school cafeterias, scores were in the upper-90 range, though one 4-point violation was noted at the International School at Dundee, where a meat sauce was tested at 128 degrees, not the required 145.

“It was at 10 o’clock in the morning. The food hadn’t been out in the danger zone, which is generally four hours. It was only an hour. We corrected that action right away, and it was not disruptive to service,” said Food Service Director John Hopkins.

According to Hopkins, there are a number of safeguards in place at Greenwich school cafeterias besides the quarterly inspections by the town Health Department.

“We’ll do site audits. We run through a list of items, always checking temperatures, that logs are being used properly. We’ll make sure storage is all clean, that things are being stored properly,” Hopkins said. “We do surprise inspections twice a week, we’ll pick a school at random. We know what the schedule is, but the schools don’t. We go in there just to ensure everyone is following standards. It’s always good to have a second or third set of eyes looking at things.”

Eating establishments that prepare and heat meals (as opposed to gas stations or coffee stands) are inspected four times a year by the town, at random times. Restaurants must have a “qualified food operator” working on the premises, someone who has received the necessary training on health code procedures. Eating establishments are required to supply a copy of the latest inspection on demand to anyone who requests it.

Long, from the Health Department, said there had been discussions about posting restaurant inspections online, as some nearby communities have done, but a number of administrative and software hurdles are still outstanding.

In a typical year, about 10 to 15 percent of the restaurants inspected receive a “failing” grade, he said.

“Restaurants fall short in many ways. Sometimes it’s inexperience, not being properly trained. Sometimes it’s being understaffed when the inspector comes in for a visit. When you’re short-staffed, it turns into carelessness — trying to be more efficient, trying to expedite time,” said Moeller, who is based in Shelton and works with the New England Culinary Group, an industry support organization.

Mistakes can arise in the frantic world of the kitchen even with trained staff. “It’s not being done intentionally, definitely not maliciously. It’s the best 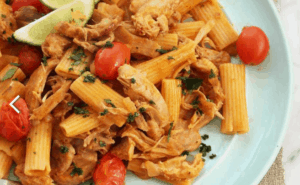 intentions, but doing things they’re not supposed to,” Moeller said.

Management is responsible in the end. “A lot of it is common sense and training. It’s setting the expectations and managing it. And enforcing it,” the

It can be hard to tell which kitchens are well-managed simply by taking a seat and ordering a meal.

“I’ve known many restaurants that, on the surface, look tremendous. When you go into their kitchens, it can be a completely different experience,” Moeller said.

READ AT THE STAMFORD ADVOCATE

The NY Times: An Ever-Changing Menu at Prospect Cafe