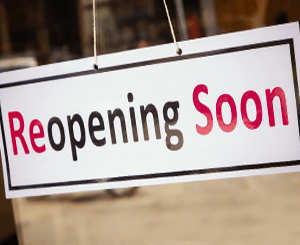 First came the famine, now comes the feast. A year ago, the future of the local restaurant and food-service industry looked bleak, as state-mandated shutdowns due to the coronavirus pandemic pushed many establishments into deep financial strain. Some restaurants never reopened. But after a lean year with reduced business and revenue, the restaurant sector in Greenwich is heating up again and is poised for new growth as the economy begins to open up after more than a year of COVID-19.

A number of new restaurants are set to open in Greenwich in the coming days and months, as well as across the region, and some restaurants shuttered during the economic downturn are seeing a rebirth as they are reopened by new owners.

Mike Harden is one of the food-service entrepreneurs who is placing a bet that the full-service dining experience will be in great demand this year and beyond. Harden is opening LobsterCraft on Greenwich Avenue, with a soft opening planned for April 15.

“I believe everyone is anxious to get the hell out of their houses,” said Harden, who runs two lobster boats out of Groton, operates a dining establishment in Norwalk and runs a food truck. “I believe this is a great time to expand.”

The new local establishment, with frontage on Amogerone Crossway and Greenwich Avenue, is decorated with harvested barn wood and traditional New England rustic decor. The site is where the Back 40 Kitchen once operated.

Capacity at LobsterCraft will be 42 people, with a takeout operation for lobster rolls, lobster mac-and-cheese and a “clam chowder you’ll want to baptize your children in,” Harden joked.

Opening a restaurant in Greenwich was a natural expansion for Harden, who has run a food truck at the annual polo tournament in town during summer months. The demographics are promising, the lobster-boat captain said, and the business already had developed a following. “Greenwich — that’s our people,” Harden said.

The seafood entrepreneur plans to open other brick-and-mortar dining locations in Fairfield and West Hartford in the near future, representing a renewed sense of optimism in the industry.

The local restaurant and food-service business is relying on loyal customers such as Jennifer Palermo, who joined her mother for a lunch date on The Avenue on a recent afternoon. Palermo dropped into the St. Moritz Bakery to enjoy the smell of fresh-baked pastries and bread, and then discussed where to go for lunch with her mom. Greenwich Avenue is always a fun place to stroll and dine, said Palermo, a Greenwich resident, and she likes the range of options to choose among.

“It’s like a destination. It’s easy to walk down the Avenue, and you can get anything you want, whether it’s steamed dumplings, crepes, brunch, dinner, you name it. And it’s all good,” she said.

In the area around Greenwich Avenue alone, a Greek restaurant with over 100 seats is proposed for the former New York Sports Club site, and the now closed Brooks Brother store is set to be converted into a dining establishment, with a fitness component.

In other parts of town, new restaurants are expanding or taking over spaces that closed during the pandemic. The Lion, a venture by veteran restaurateur Ron Rosa, is set to open at the Mill complex in Glenville, replacing Centro. Rosa called Greenwich a “fertile” area for the restaurant business, given the affluent nature of the region and numerous office parks in the vicinity.

Around southern Connecticut, many new restaurants are set to open this month. Boca Grille & Raw Bar is opening in Fairfield, and L’Ostal, specializing in the cuisine of southern France, has come to Darien. Divina, offering Italian specialties, is opening at a hotel in downtown Stamford.

Restaurant consultant Mark Moeller says pent-up demand will drive a big boost for restaurants in the region in the near term.

“It’s strong, and it’s only going to get stronger,” he said. “People have been cooped up for so long. Restaurants are all about socialization, as well as great food, service and atmosphere. We, as the public, are dying to get out and socialize with friends again in a setting outside the home.”

“The restaurant industry is going to see a huge surge. We’re already seeing increase week over week in volume, and that’s going to continue to get stronger in the warmer months. … And it’s all across the state.”

Moeller, who runs The Recipe of Success in Westport, says “a great winter season” could be the result of the improved vaccine rollout after the initial bump in business earlier in the year. Restaurants are also learning lessons from the pandemic, and looking to develop a playbook should other public-health concerns arise in the future.

“Easy in, easy out,” online ordering and flexible seating patterns that can be easily moved will be part of the food-service industry for years to come, Moeller said. Using outdoor space for will also be a fixture of the dining scene, the consultant said.

“Fairfield County loves eating outside,” he added, and outdoor spaces are a good backup if viral outbreaks become commonplace.

And as e-commerce and delivery platforms like Amazon continue to create winners and losers in the economy, the restaurant industry has been immune to those currents. “Amazon is hurting retail,” Moeller said. “But not a restaurant experience.”

Marcia O’Kane, president of the Greenwich Chamber of Commerce, said the activity in the restaurant sector along Greenwich Avenue is heartening. While it is hard to predict future trends, it is likely that consumers will have the last word on the dining scene, she said.

“Over the years, the restaurant scene on Greenwich Avenue and surrounding streets has seen continual change. Just a few years ago, the lower end of the Avenue was deemed to be quiet,” she said. “Now that area represents a consortium of diverse eateries that are popular both at lunch and in the evening, especially during good weather.

“We are likely to see the same type of rebirth of restaurants on the upper blocks of Greenwich Avenue, as people are now eager to get out of the house and dine,” O’Kane said. “The public will decide whether the influx of new restaurants in town will end up being temporary or longstanding.”

QSR: 15 Ways Fast Casual Will Change in a Post-COVID World
Scroll to top