CT Insider: French-Vietnamese bistro Orienta is delayed, but not deterred 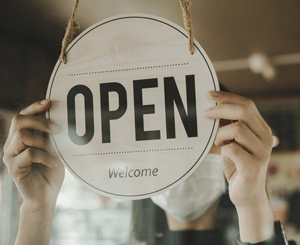 GREENWICH — Even a pandemic could not stop the opening of Greenwich’s newest restaurant.

French-Vietnamese bistro Orienta debuted May 7 in the downtown, at 55 Lewis St. The coronavirus crisis delayed the opening by about two months, but the family-owned establishment pressed ahead — intent on fulfilling a longstanding aspiration and driven by the belief that the restaurant could succeed during a period of unprecedented challenges for the dining industry.

“For us, we’ve seen the excitement level from our clientele, and we appreciate it,” said Suzanne Blech, Orienta’s director of operations. “We’re here, and we’re so proud of it.”

Orienta’s opening was years in the making for the Blech family.

Suzanne Blech’s husband, Antoine Blech, is co-owner of three popular restaurants in the area: the adjacent Le Penguin at 61 Lewis St.; the other Le Penguin, at 7 Sconset Square, in downtown Westport; and Le Fat Poodle, at 20 Arcadia Road, in the Old Greenwich neighborhood.

Since the 2013 opening of the Greenwich Le Penguin, the Bleches had eyed the white-brick building at 55 Lewis as an ideal location for another Orienta. They had run the first two Orienta establishments in Manhattan in the mid- to late 1990s.

They grabbed the opportunity after the recent closing at 55 Lewis of the short-lived Chinese restaurant LuLu.

“We’re going to be authentic, while still keeping true to our French base,” Suzanne Blech said.

Restaurant launches in the state have been scant since the pandemic, with many existing restaurants struggling to survive amid a falloff in revenues and pervasive layoffs since the state’s temporary ban on sit-down dining went into effect March 16.

But industry experts said that restaurateurs like the Bleches could still make new eateries work, especially if they are committed to pickup or delivery services.

“With any new restaurant that comes along from this moment on, their food needs to be able to travel well,” said Mark Moeller, a national food and restaurant consultant based in Westport. “Pickup and delivery are going to be a big part of what we do. If you’re going to pick up or take something for delivery, now you’re talking about food that’s going to need to be able to travel from 10 to 30 minutes.”

Orienta has quickly adapted to the altered landscape. The restaurant is now open Tuesday through Saturday, with pickups available from 4 to 8 p.m.

“The customer says, ‘This is what I want,’ and I say ‘These are my times that are currently open,’” Suzanne Blech said. “And then they arrive at the allotted time and their food is hot and ready to go.”

On Wednesday, restaurants across the state will be allowed to reopen for outdoor dining. Orienta and Le Penguin are planning to set up tables in the alleyway that runs between them to serve customers.

“Restaurants such as Orienta that can provide safe outdoor dining clearly believe that they can benefit by doing so,” said Marcia O’Kane, CEO and president of the Greenwich Chamber of Commerce. “All restaurants are likely rethinking their strategies and are hopefully working closely with Town Hall, which stands ready to assist them. It benefits us all to have a vibrant and safe restaurant sector in Greenwich as the public gradually feels comfortable to dine outside the home.”

The state has not set a date for when indoor dining could resume, but Orienta would be ready for that green light. At 25 percent of its capacity — a potential starting scenario for inside seating — the restaurant might be able to serve about a dozen at a time.

“Our interior is just mind-blowingly beautiful,” Suzanne Blech said. “We’re so proud of it. She doesn’t get to be shown off yet. But she will.”

Small Business Friday with Mark Moeller of The Recipe of Success