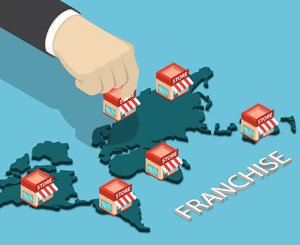 Paul Schott, Milford | The Ukraine invasion has sparked a massive corporate withdrawal from Russia in the past three weeks. But Subway is among the few companies that have not announced any such changes despite mounting pressure to do so.

While several hundred major companies have curtailed their business in Russia since the invasion began on Feb. 24, Milford-based Subway has not reported any scale-down in the country where it has approximately 450 restaurants. The company has cited those establishments’ independent ownership and management, but that explanation has not quelled a growing outcry that includes calls on social media for customers to boycott the sandwich shop.

“I hope that they will exert pressure on their franchisees. Even if they have no direct control, they certainly have a good deal of persuasive power and even possible financial influence,” Sen. Richard Blumenthal, D-Conn., who last week visited the Polish border with Ukraine, said in an interview Friday. “I’d like to learn more, and I’d like to see them do more.”

In explaining why its restaurants remain open in Russia, Subway has issued statements citing its business model. It said that all of its restaurants in the country are independently owned and operated by local franchisees and managed by an independent master franchisee.

“We don’t directly control these independent franchisees and their restaurants and have limited insight into their day-to-day operations,” Subway said this week in a statement, which also noted that the company has no “corporate operations” in Russia.

“Our thoughts are with the people of Ukraine, and we are committed to supporting those impacted by the tragic events in the region,” the statement added. “While we do not control or manage the operations of independent franchisees in Russia, we will redirect any profits from operations in Russia to humanitarian efforts supporting Ukrainians who have been affected by the war. We are also working with our franchisees across Europe to provide meals to refugees.”

Critics are unconvinced by the company’s explanation. Many people have vented on social media, with the hashtag #BoycottSubway trending Friday on Twitter.

“Consumers are expecting companies like Subway to act,” Robert Bird, a professor of business law at the University of Connecticut, said in an interview. “The longer this war goes on and the longer the American people are focused on this issue, the more it’s going to hurt Subway. They’re in a difficult position. I don’t think their current statement is going to satisfy many people. It’s not clear enough, it’s not complete enough.”

Some dining industry experts said, however, that they understood Subway’s position.

“Franchisers have no jurisdiction or power to close franchisee’s restaurants in situations such as this,” Mark Moeller, a national restaurant consultant and owner of the Westport-based The Recipe of Success, said in an email. “They are doing the ethical and moral thing in donating their (company) profits to the ongoing humanitarian efforts and working with their European franchisees to help feed those in need.”

Hundreds of other companies pull back
Subway is part of a fast-dwindling group of companies that do not appear to have curtailed their presence in Russia, which ranks as the ninth-most populous country with about 142 million people.

As of 5 p.m. Friday, Subway was one of fewer than 30 firms that were “digging in — defying demands for exit or reduction of activities” in Russia, according to an online tracker maintained by Yale School of Management. More than 400 companies have announced their withdrawal from the country since the start of the invasion, Yale SOM officials said.

“The companies that remain (in Russia) have a problem with board governance. They are still looking for harmonious win-win solutions that are an obsolete and naive way to think right now,” Jeffrey Sonnenfeld, senior associate dean of leadership programs and the Lester Crown Professor in the Practice of Management for Yale School of Management, said last week. “Some of those companies will say, ‘Well, how about the well-being of those employees?’ Putting them out of work and on the streets is a lot better than having them bombed. The whole idea of these sanctions and business blockades is a last step before war.”

In a virtual address to Congress on Wednesday, Ukrainian President Volodymyr Zelenskyy called on lawmakers to pressure U.S. businesses still operating in Russia to leave.

“Make sure that the Russians do not receive a single penny that they use to destroy our people in Ukraine,” Zelenskyy said.

McDonald’s announced last week that it would temporarily close its approximately 850 stores in Russia — 84 percent of which are owned by the company. It said it would continue paying its approximately 62,000 employees in Russia. At the same time, McDonald’s has temporarily closed 108 restaurants it owns in Ukraine, while continuing to pay those employees.

Blumenthal said he was heartened by the number of companies that had pulled back in Russia. The list includes a number of Connecticut-headquartered multinationals such as Philip Morris International, Stanley Black & Decker, Booking Holdings, Otis Worldwide and WWE.

“It was harrowing and heartbreaking,” Blumenthal said of his trip, during which he met with Ukrainian refugees. “It brought home the urgency of exerting as much pressure, as quickly as possible, to stop Putin from slaughtering and destroying this country.”

Restaurant Startup & Growth: All Together Now

Nation’s Restaurant News: Struggling to connect with your team? This is...
Scroll to top