Bar and Restaurant: What Lessons Can Be Learned from the Recent Grubhub Promotion in N.Y.C.? 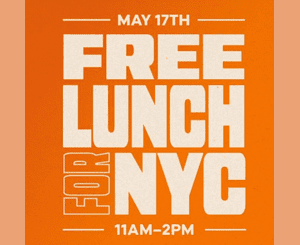 A promotion by Grubhub last month (on May 17) went badly for some restaurants in New York City, as some called it a “surprise.” Grubhub’s plan was to feed everyone for free during lunch hours (11 a.m. to 2 p.m.) for a special Tuesday promotion in the city (technically, $15 off lunch). The Washington Post reported that the Grubhub platform crashed as New Yorkers rushed to place orders, which averaged up to 6,500 orders a minute (above the normal 1,000 orders per minute).

Many restaurants were unaware of the Grubhub promo before it happened, which contributed to some kitchens getting overwhelmed with orders.

Akima Steward, manager at Blue Ribbon Fried Chicken in Manhattan, said they use Relay – a unified software management system that aggregates phone and digital orders and integrates with all the most popular delivery apps, reducing commission fees. However, Steward claimed Relay was not told about the promotion until it was too late, and they didn’t have enough delivery guys to help with the GrubHub promotion.

Once the promotion started, Blue Ribbon Fried Chicken got out five to 10 orders. “And then at some point, we just ended up turning it off because we had about 75 to 80 orders that were just sitting here and the customers weren’t getting their food,” said Steward. “Some people were calling in asking if they could pick it up. We said sure. Grubhub wasn’t answering the phone. There was nobody to reach out to or speak to. So, at that point, we just turned off the service so that we wouldn’t upset any more customers.”

Blue Ribbon Fried Chicken feared that a lot of people didn’t realize that it was a Grubhub promotion and not theirs. “When they don’t get this delivery, they kind of blame us. And that’s what we were more concerned about – looking out for the restaurant as opposed to the delivery departments that rolled this out. It seems like in reading about it, most people understood that they were kind of in over their heads,” she added.

Steward said her restaurant would’ve hoped that Grubhub would’ve given everyone a little bit more notice to make sure that there were enough delivery guys, so that it didn’t overwhelm the restaurants and then they end up throwing away food or not getting paid for it. “Because, obviously, people are going to want refunds. Then either Grubhub is paying for the food that the restaurants are wasting, or no one gets paid,” she said.

David Chung, director of operations at Zazzy’s Pizza in Manhattan, said within the first hour, they received a huge uptick in orders, but the Grubhub app and website crashed for about 30 minutes, so they weren’t able to fulfill many orders.“Our delivery drivers got extremely backed up at one point after a half hour,” said Chung. “We did see multiple surges within a two-hour time span, where we got extremely busy.”

The overall experience that Zazzy’s Pizza had was positive because they were able to capture new clientele through the whole promotion. “The only downside was that a lot of delivery drivers were busy and there were orders sitting for anywhere from an hour to an hour-and-a-half,” said Chung. “We had to kind of mitigate with our customers, letting them know that the orders would be running late. There were definitely frustrated customers, because when the site and the app crashed, people felt that they weren’t able to use their promotion.”

What Are the Lessons Here?

Mary King – a 14-year restaurant veteran and current restaurant specialist for Fit Small Business – said if your restaurant partners with third party platforms like Grubhub, take the time to read all the emails the platform sends you. “They may seem easy to ignore – as many of them are likely attempts to get you to purchase more expensive marketing plans – but they also contain information about upcoming promotions like this one,” she said. “Staying on top of those partner emails was likely what helped the restaurants who were prepared for the promo.”

Mark Moeller, national restaurant consultant and owner of The Recipe of Success, suggested that if an operation is utilizing Grubhub’s tablets, they need to stop.

“In today’s environment, restaurants and bars should be utilizing a POS system, he explained: “POS systems have many benefits, but specifically to this debacle, Grubhub integration would potentially have minimized the onslaught of orders. An owner or manager can set the amount of orders the restaurant can process effectively, usually in 15-minute increments.”

Moeller noted that a POS system enables smoother operation of dine in, take out and online orders. “Order management could have turned 100 orders received from overwhelming and with negative impact on all, to say 20 orders that would have been seamless to handle,” he said.

How can restaurants better prepare for a surprise onslaught of orders, like what just happened? Moeller said restaurants need to be proactive with online ordering. “Goals and allowances must be developed by each restaurant/bar,” he shared. “The goal is to increase revenue without a negative impact on the operations, the staff or the guest. By managing the process better, operators can not only control the experience but also plan proper inventory and staffing needs. They can budget properly.”

King’s advice is to train your kitchen staff and managers to pay attention to unusual order volumes, and make sure that everyone knows how to toggle off orders to decline orders in the app when the order volume becomes too much. If your third-party orders integrate with your POS, this may involve adjusting some staff members’ POS access levels.

Giving multiple staff members access to toggle off an overwhelming number of orders would have been useful in this case. “Having multiple staff members with this ability can also help prevent your restaurant losing money on fulfilling fraudulent orders,” said King. “So, it is good to get in the habit of tracking your typical online order volume and toggling off your online orders if something seems out of the ordinary. Cover your online ordering traffic in your weekly manager meetings and your nightly shift logs so your whole leadership team becomes familiar with what is typical and what is unusual.”

In a Twitter statement on May 17, Grubhub said: “As a food delivery marketplace, we are dedicated to the success of our restaurants & drivers. To help businesses prepare for today’s promotion, we provided advance notice to our restaurant network. Additionally, given the anticipated demand, we increased driver incentives… We are thankful for the incredible work they put forth today and are working to address any concerns they may have and optimize for future offers.”