The NY Times: An Ever-Changing Menu at Prospect Cafe 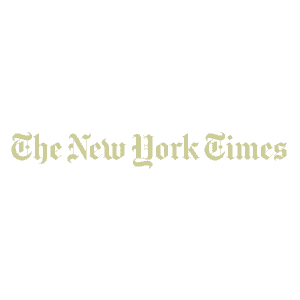 By Rand Richards Cooper | Goldilocks would have felt right at home at Prospect Cafe in West Hartford since its reopening four months ago.

At first, a diner there might have found the place a little too fancy. Take, for instance, a dessert of chocolate brioche French toast, with homemade marshmallows and a graham-cracker mousse, or gnocchi, bathed in squash purée and camouflaged copiously with baby spinach.

A few weeks later, the same diner might have complained of finding a menu that was a little too plain, with burgers and wings, bland fish tacos and soupy, under-seasoned chili.

Now the restaurant has scrapped its first two menus, and is trying out a third bowl of porridge — this time a small but eclectic gastro pub menu that retains the burgers and the wings while adding numerous other dishes, including house-made salmon pastrami, fettuccine with oyster mushrooms and a carne-asada-style grilled skirt steak with salsa verde.

The new owners of Prospect Cafe — no, not the three bears, but the two brothers, Paul and Jeff Emery — have 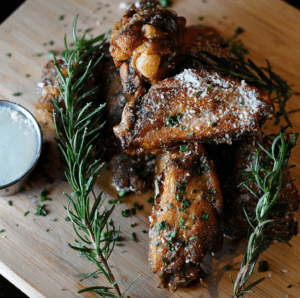 been dealing with a question that bedevils many restaurateurs, especially those trying to break in a new place: When do you toss a menu that isn’t working and chart a new course?

Jeff Emery says he dropped his restaurant’s initial menu after getting feedback that its prices, with entrees ranging from $20 to $32, were too high. “Everyone liked the food, but just thought it was too expensive for the area,” he says. With the second menu he overcompensated and got too basic; “we went too far,” he admits. And so the brothers reworked it yet again, aiming for a level of fare, and price, between the two extremes.

Each time, changing course was a tough decision. “The first menu, I had put a lot of thought into it, and I thought it would capture the audience I had,” he says. ”But it wasn’t what people were looking for during the week, price-point-wise.”

Through it all, he added, his motivation has remained the same: “I have a tremendous desire to put out the best food we can.”

How much of what goes into putting out the best possible food is execution, and how much is conception? Joe Keane, the executive chef of Sorella, a restaurant in downtown Hartford now in its third year of operation, says changing a menu could help keep things interesting for the staff and customers alike.

Sometimes changes are needed to help make a restaurant reflect not just its chef’s dreams, but its diners’ preferences. 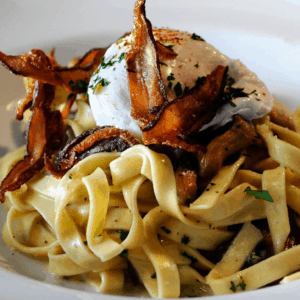 “When we first opened,” Mr. Keane recalls, “I was pretty excited about our menu. But to be honest, it was a little far-reaching.” So he altered Sorella’s menu, removing less familiar dishes like swordfish oreganata (swordfish with braised spinach, littleneck clams and bread crumbs) to make room for crowd-pleasers like veal parmigiana.

Mr. Keane warns against changing too much too soon, noting that it is important for a new restaurant to establish its identity. A certain amount of patience is a must. He said many restaurateurs unrealistically expect business to boom from the moment a new place opens, and grow nervous when it doesn’t. “It’s very easy to panic a little bit,” Mr. Keane says. “Some owners start to question themselves and their choices” — when in fact the public may just need time to find out what the restaurant is offering.

In West Hartford, the restaurateur Billy Grant decided last year to tweak the menu at Grant’s Restaurant, his flagship eatery on Farmington Avenue in West Hartford. (He and his brothers Mike and Tony also operate Bricco in West Hartford, and Bricco Trattoria in Glastonbury.)

Mr. Grant worried that people had begun seeing Grant’s as a fine-dining place just for special occasions, an ominous development for a restaurant owner. So he changed his menu to give it more of an everyday feel, adding sandwiches and burgers and scaling back on steak offerings, for example.

Mark Moeller, who owns the Recipe of Success, a restaurant consulting firm in Shelton, offers similar advice. Owners need to start with a clear understanding of the restaurant’s concept, he says, and then do their best to execute that concept. And nothing is more important than choosing the right menu.

Brendan Walsh, the dean of culinary arts at the Culinary Institute of America in Hyde Park, N.Y., says it could take time for a restaurant to attract a customer base. When he opened a restaurant offering southwestern fare in New York in the 1980s, he found diners needed a while to warm to the style.

“If I had listened to the initial reaction,” he says, “I might not have continued on the path that I had started upon, which turned out to be highly successful.” 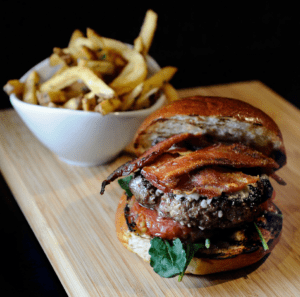 A burger on a brioche bun. PHOTO: Jessica Hill for The New York Times

But Mr. Walsh added that being unwilling to change a menu is risky as well. Restaurant owners can sometimes get stuck with dishes that are favorites, he notes, even though they know that some changes may be needed to attract new clientele. It is easy to get mired in a rut.

At Prospect Cafe, of course, a lack of change has not been a problem. The third menu reflects the hiring of a new chef, Sean Farrell, who for years ran the kitchen at Firebox, a bastion of the Hartford fine-dining scene. A chef with a reputation for thoughtfulness and flair, Mr. Farrell left Firebox two years ago, and his fans eagerly hoped he’d resurface.

First too fancy, then too plain, now just right? Jeff Emery is confident that Prospect Cafe’s third menu will be a winner. “The feedback is tremendous,” he says of the new menu’s debut. “The customers love the food.”

READ AT THE NEW YORK TIMES

New York Post: 5 fast-casual restaurants that could be the next Chipotle

Photo: Sarah Rice Stamford Advocate: How safe is the food at Greenwich restaurants?
Scroll to top